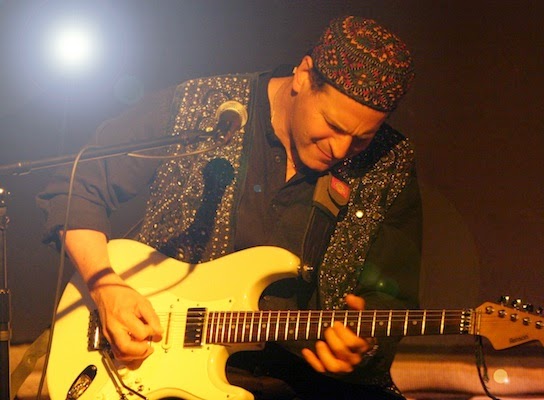 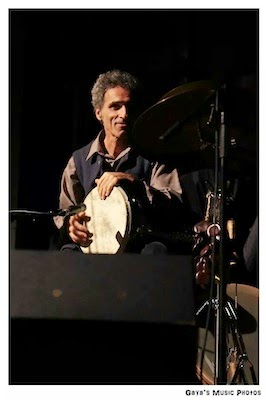 Acclaimed LA guitarist and balalaika player, Bruce Burger, aka RebbeSoul and master Israeli percussionist, Avi Agababa get together for this special night of funky chill from America with the ethnic spice of Israel.

Avi Agababa is one of the leading percussionists in Israel.  He has performed with Chava Alberstein, Etti Ankri, The Matbucha Project, Yair Dalal, Reb Shlomo Carlebach, and many more.  Avi was the first to introduce and incorporate Mediterranean and ethnic percussion into Israeli music and is the percussionist on the new, upcoming album "The Seal Of Solomon" by Shlomit & RebbeSoul.

RebbeSoul was the cover story of Billboard Magazine and has been featured on CNN International for creating what is now the modern version of Jewish, World Music.  His unique production style and signature balalaika and guitar playing made his "Change The World With A Sound" album #1 on the CMJ world music charts.  RebbeSoul's "Fringe Of Blue" remains one of the biggest selling albums of Jewish music of all time.