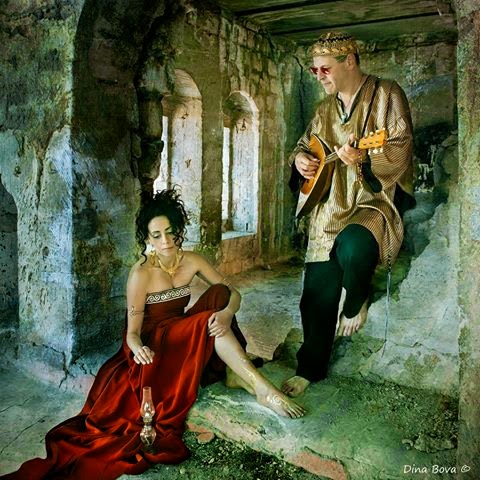 Shlomit & RebbeSoul features star Yemenite singer Shlomit Levi and pioneering producer and recording artist, RebbeSoul.  Shlomit has sung with the stars of Israel and is the Golden Voice of Oriental Metal band, Orphaned Land.  RebbeSoul has released five albums of Jewish Roots and World Music and was the cover story of Billboard magazine.  Shlomit & RebbeSoul's debut album "The Seal Of Solomon" was just released last month and tracks have already been broadcast on NPR's "New Sounds" as well as on radio in Israel.  This is world music from the Yemenite tradition, the songs of which, in many cases date back hundreds of years - this time, with a modern twist.
Posted by RebbeSoul at 9:06 AM No comments: